aka the Pyrenees Metro and the Yellow Canary 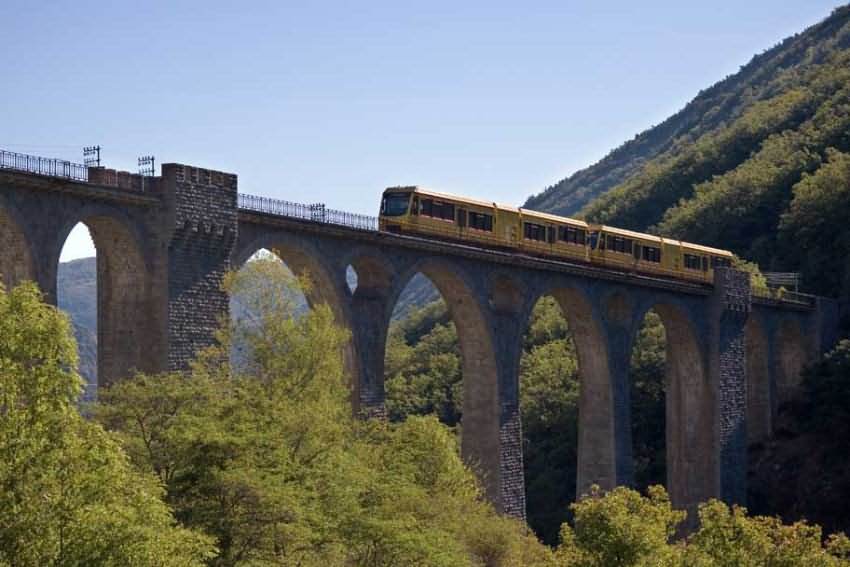 The line of "le Petit Train Jaune de la Cerdagne" climbs dramatically from Villefranche de Conflent to the highest station in Europe at Bolquère and then meanders across the plateau of the Cerdagne to La Tour du Carol. It is a lifeline in winter to the communities in it's path and in summer a must for the tourists. It's useful for skiers, walkers and mushroom pickers too!

It is so steep that if it had been built even 15 years earlier it would have had to been built using the rack and pinion system but during construction, the concept of the "multiple unit" (where, instead of having one powerful locomotive at the front, the electric motors are spread along the whole length of the train, on every other axle) was becoming etablished, most notably on the Paris metro and on the Metropolitain District Railway in London.

At the end of this article you will find links to other Yellow Train sites with some very dramatic photos but most of the ones on this page were taken at an open day at the Depot at Villefranche where, once a year, the dedicated staff of 6 (rising to 8 in summer), who are normally busy keeping the trains rolling, spend a day proudly showing the public how they do it. 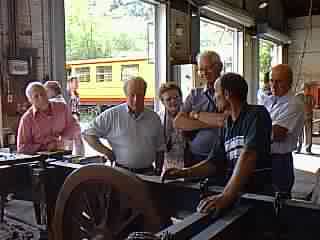 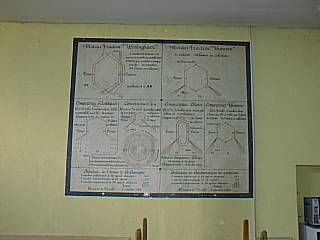 And what a task! Spare parts are becoming harder and harder to find and above left, Mr Cairol, the Rolling Stock Manager, shows a group of visitors a truck that has been refurbished using second hand axles from France's premier high speed train, the TGV! Many spare parts have to be individually made here in the workshop.Recently one of the original motors had to be rewound but it couldn't be done at Villefranche so the motor was sent to Béziers where the staff scratched their heads and sent an urgent message back asking for wiring plans as there was no-one old enough to remember how to do it! Luckily, someone in 1910 had had the foresight to paint the wiring plans on the wall (photo above right), pictures were taken and the day was saved.

To keep the line open it is becoming obvious to everyone that new trains are going to have to be bought sooner or later. Although the purists hate it, one super modern unit has recently been ordered that has a glass roof and sides giving an all round view. Meanwhile, although some units can continue to be refurbished (spick and span and just back from Béziers, photo below left) There are some that have truly reached the end of the line (photo below right and it's for sale if you want it in your garden!) 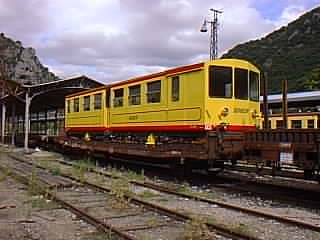 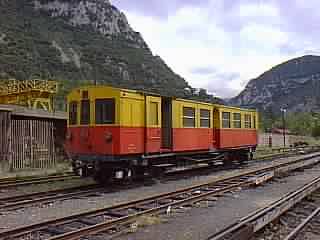 Other interesting sites are:

This link takes you to a page of early post cards of the line which is part of an interesting site by Jean Tosti for all sorts of information on Roussillon. (seems to have, I hope temporarily, disapeared) Le Petit Train Jaune/Jean Tosti

This link takes you to a complete photographic catalogue of the line. You can certainly see here why they need a snow plough! The European Railway Picture Gallery

Photos - Below Left - The snow plough and - Below Right - one of the two open top coaches, called "the bathtubs" 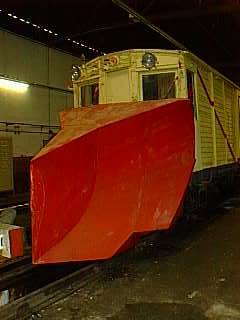 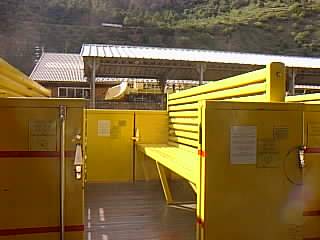 Photos - Below Right - Our present concept of time owes much to the development of the railways. Before the 1840's every town had it's own "time zone", Oxford's clocks were, for example, always set 5 minutes behind London's. You couldn't draw up a meaningful railway timetable under those conditions! Thus, the railway clock, solid and dependable, became an important feature in our daily lives. - Below Left - An indispensible part of any French workshop. The plan next to this lathe shows which of the local mushrooms are edible! 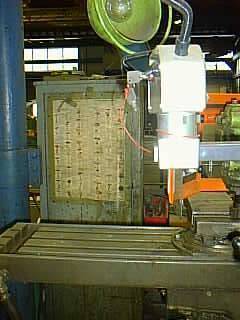 If you have arrived here via a link from another site, welcome, you are on the Country Cousins website, specialists in

HOLIDAYS IN THE FRENCH MEDITERRANEAN PYRENEES

(or use your browser's BACK button to return)